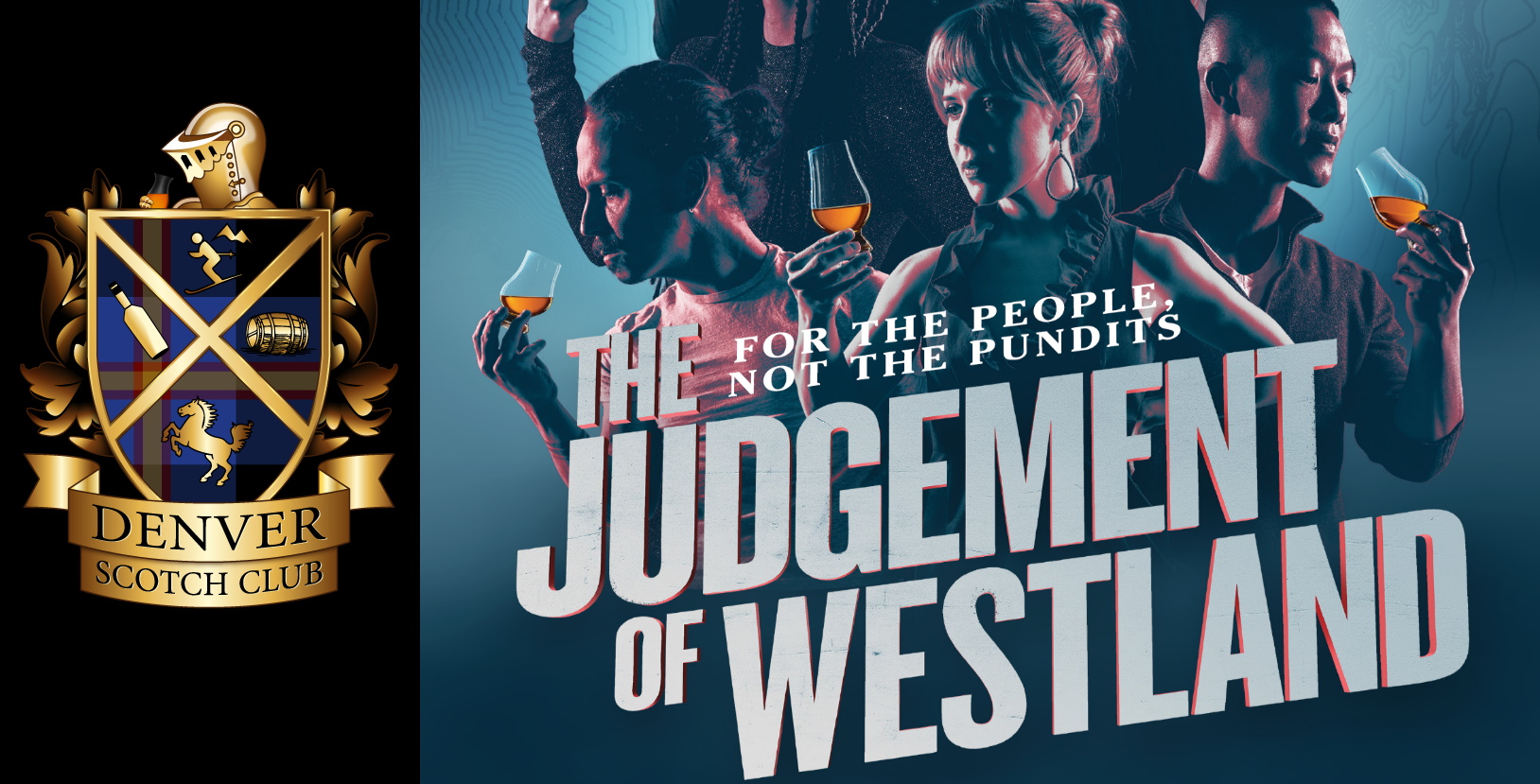 The Judgement of Westland – Denver

Denver Scotch Club will be participating in The Judgement of Westland… and then some.  In addition to the blind tasting of 1oz each of an unknown Westland and three other single malts, we will finish with the flagship Westland and the coveted 2017 and 2021 Westland Garryanas.  That’s a lot of whisky!  Westland’s Austin Ponton will preside over the Judgment.
Westland is being generous because they want YOUR opinion, your… judgement.

Hey Denver, I’m going to throw down a challenge for you here. For the in-person attendees at this event, I will be adding in a special prize for the individual with the most discerning palate in the group. A rare bottle of a Westland Cask Exchange distillery exclusive whiskey. (Names thrown in a hat if more than one person rises to the challenge). In addition to the 4 pours provided as part of the blind tasting, the following masterclass will include some very allocated pours of our 2021 Garryana ed 6 and our 2017 edition 2 of Garryana, which has long been a coveted and sold out item. Come join us and test your mettle!