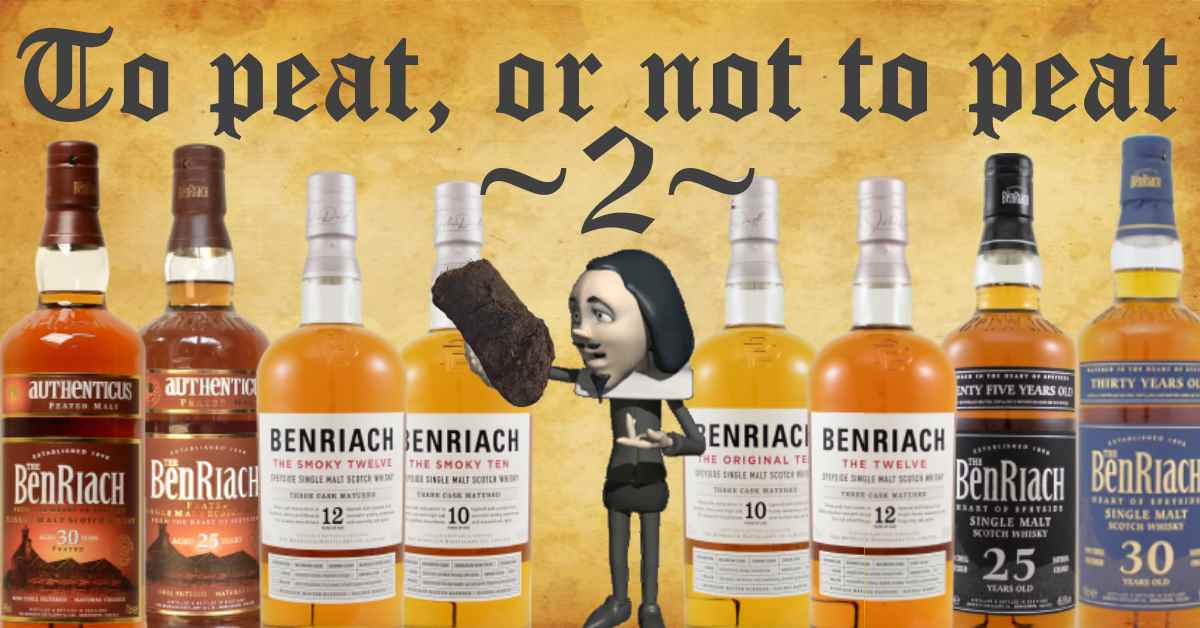 This is part TWO of our two part series, as will explore the dichotomy of BenRiach: that which is peated vs. that which is not. This month we are stepping it up a notch. The NEW core range as arrived so we will taste and debate the 10yr and 12yr versus the smoky 10yr and 12yr. But that’s not all, being Scotch Club we don’t shy from chipping in for something extra special. We’ll be trying some old BenRiachs, and by that I don’t just mean old releases but also the 25 and 30 year expressions. We’ll have the peated and non-peated version of each.

The dramtastic Rory Glasgow will step us through SIX OUNCES of the following: