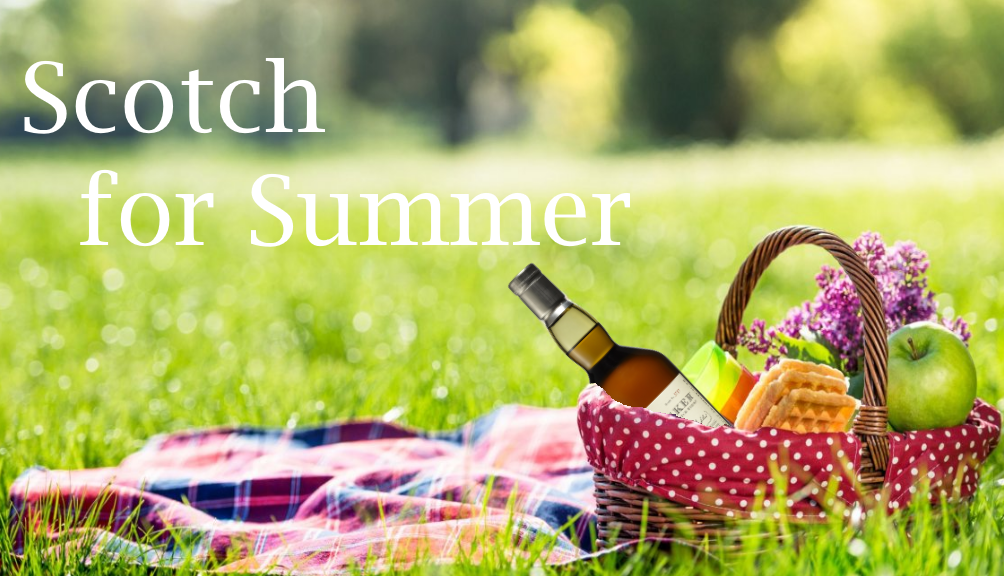 After a protracted search, two of our illustrious members found 4 bottles of Glen Grant The Major’s Reserve. It is a wonderful aperitif and, incidentally, a fine dram to enjoy during the summer. I can’t understand why Glen Grant malt
continues to be only #10 in worldwide Scotch single malt sales. I bought two bottles from an estate sale: Glenfarclas 17 and BenRiach 10. As both were bottled in 2000- 2002 and thus distilled in 1983-1985 and 1990-1992, respectively. It will be interesting to see if they taste like the corresponding contemporary bottlings. Samsara is a new NAS expression from the now producing, rebuilt in place and expanded Bladnoch distillery.

Ian MacMillan, the legend who created this whisky sent me 100ml samples of all three of its current releases from the whisky inventories that were purchased with the recent sale. Ian told me that the Samsara is actually 11 years old. Cotswolds is the best thing to come out of England since Brian Close, CBE (1931-2015) and that is saying it’s something very special. We will raise a double dram of Cotswolds Founder’s Choice 60.3% ABV in a toast to England’s greatest ever cricketer. Laphroaig Four Oak is the legendary Simon Brooking’s favorite from Laphroaig’s Global Travel Retail (aka Duty-Free) offerings.

Come hungry: we will have lots of good food. You’re invited to bring a friend as ‘good whiskey is made great when shared among friends’. I hope to see you!