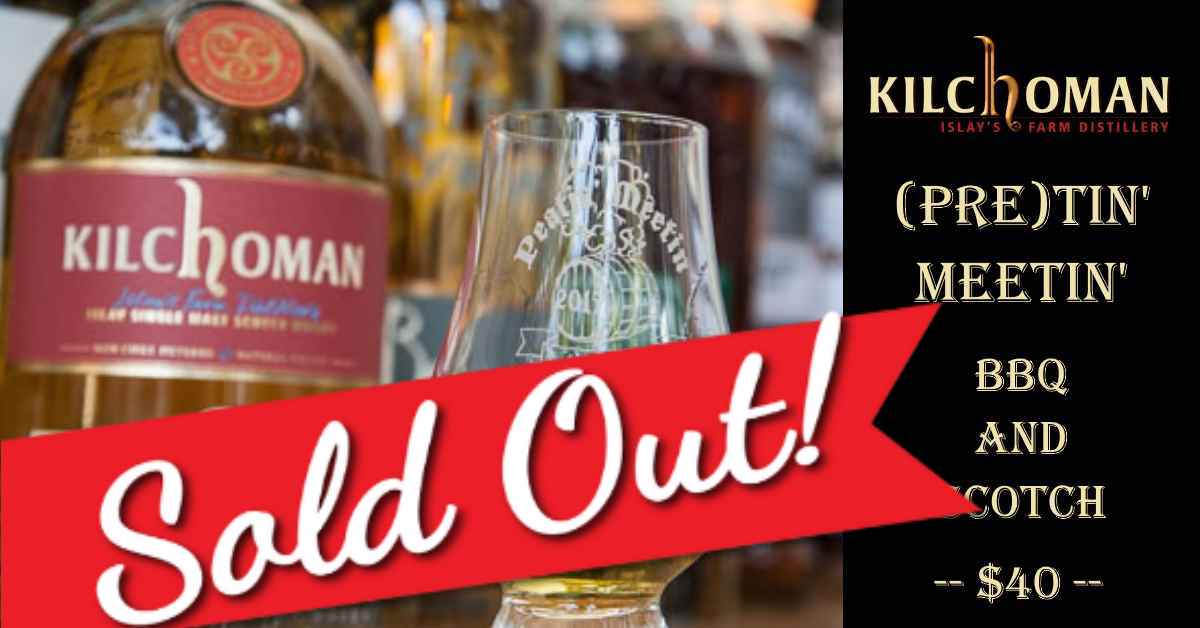 In 2014, LA Scotch Club met months before Peatin’ Meetin’ for a little BBQ to get the season going… and we’re going to do it again. Join us for an ol’ school night of peat smoked bbq and peated whisky. This year we’re going to feature Kilchoman distillery, but this is no little sponsored tasting, we’ll be going through NINE expressions (or more), many of them collectible bottles that have been hiding in boxes for years. This will be EPIC Kilchoman.

Just as we did in 2014, we’ll enjoy the day in John McDonald’s South Pasadena backyard while smoking steak over Irish peat.

It will be the best night of the year… till August 24th, that is.

PLOWED Cask 351
PLOWED Cask 364
Two of the highlights of the event. These two barrel selections were bottled for the PLOWED Society, who have their names on some of the most legendary whisky in the world.

100% Islay 2017 Release
Released in limited runs annually, the 100% Islay range is the only expression distilled solely from barley grown and malted at the distillery.

Cask Evolution 10yr
One of the oldest single cask releases ever produced by Kilchoman, this 10-Year-Old was matured in bourbon casks and bottled at 105 proof.

Port Cask Matured 2018 Release
This expression is a vatting of 30 ruby port casks, filled in Spring 2014

Vintage 2009
The first Kilchoman Vintage release (a series of bottlings which specifies the year of distillation) to combine oloroso sherry and bourbon casks.

Sanaig
Aged in a combination of oloroso-sherry and bourbon casks, this shows excellent balance between peat smoke and sweet citrus flavors.

Machir Bay
The distillery’s mass market bottling, a vatting of whisky matured in first-fill bourbon casks for around six years, married and then finished in oloroso sherry butts.