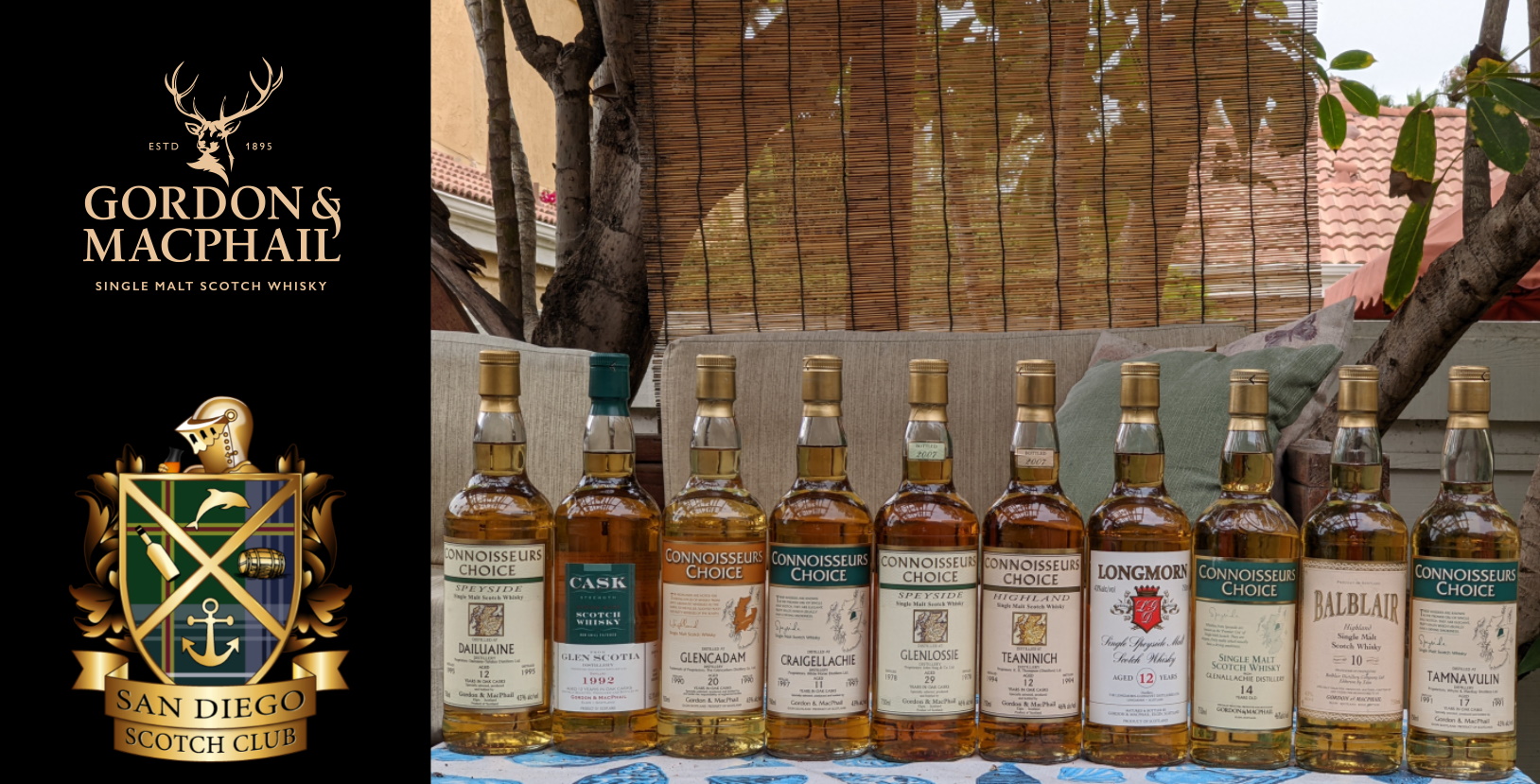 Ahhhhh, the good old days of scotch. Some of us remember them. Some don’t. For this tasting we will revisiting whisky that landed on the shelves over a decade ago from producer Gordon & MacPhail. For those unfamiliar with Gordon & MacPhail, here’s a little:

–Gordon & MacPhail has almost legendary status in the world of Scotch whisky, with four generations of the Urquhart family heading up the business from its base in Elgin. At the heart of Gordon & MacPhail are its retail premises on South Street, which combine a delicatessen and wine merchant operation with The Whisky Room, where more than 1,000 malt whiskies are for sale.

The company’s offices, maturation and bottling facilities are located in a modern building across town in George House on Boroughbriggs Road, from where its retail, wholesale and export businesses are controlled. The warehouse there is a treasure trove of old and rare casks of whisky, including pre-war Macallans. The business employs some 130 people in Elgin.–

Thanks to a most fortunate purchase from a collector, we are able to try:

We’ll be meeting OUTSIDE in the backyard and upper deck (with an ocean view) and are limited to around 20 attendees. Pours will be half oz.