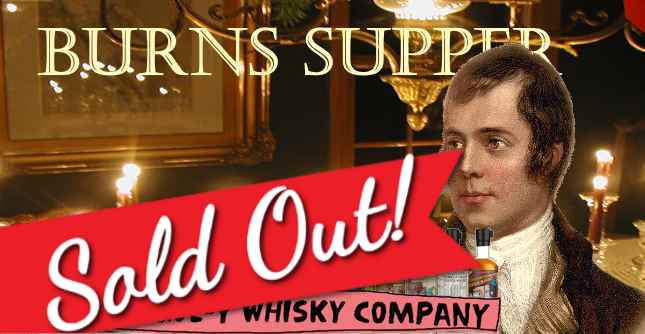 Robbie Burns is Scotland’s most famous poet, who wrote Auld Lang Syne and other things that tended to involve food and scotch. In keeping with tradition, we’re going to have a grand ol’ time with a lot of great scotch and dinner.

This year’s special guest is That Boutique-y Whisky Company. We’ve ordered our Haggis from our traditional source in Oregon and will give it Robbie’s address, followed by Andy’s traditional fireside-less Plasteredpiece Theater poem. And of course Los Angeles’ proudest cultural classic, the Drunken Poetry Contest, will be held for the prize of a lovely bottle of scotch and a booby prize for the worst.